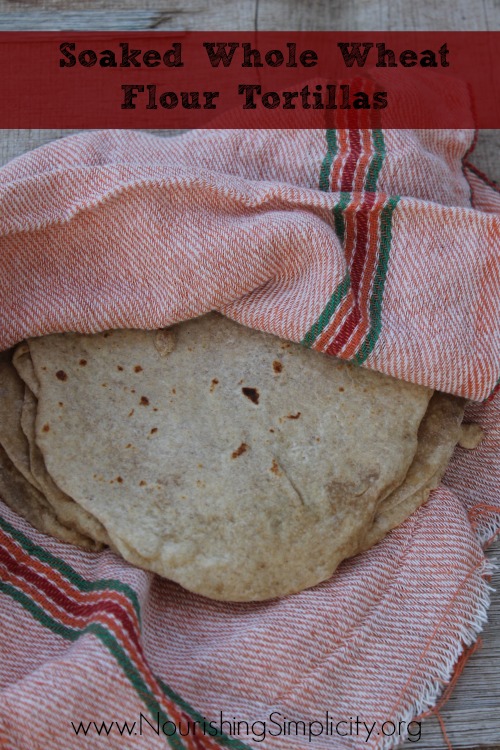 I recently co-authored an ebook with 4 other bloggers, “The Frugal Secrets of Real Foodies”. It won’t be released until June 2014 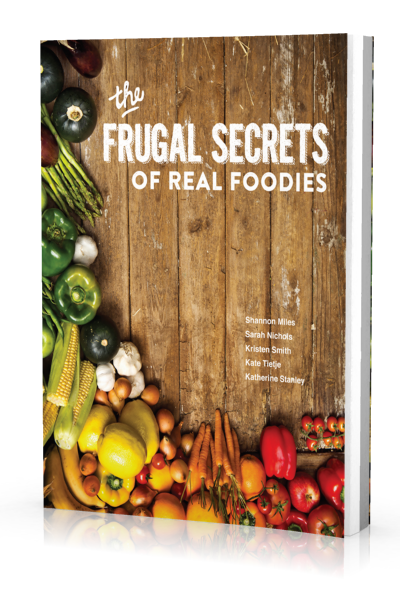 I remember the first time I tried making flour tortilla back on a high school mission trip, what a disaster! Now after 10 years of living in Mexico I feel like I have it down. There are days when my tortillas still aren’t perfect circle so don’t feel discouraged if your’s aren’t the first 100 times around.

*Make a double or triple batch and fill with beans, salsa and hash browns for a filling an inexpensive meal.

1. In a bowl combined flour, water, acid medium and oil. Stir until the flour is mixed in. cover with a cloth or plastic wrap and leave on the counter to soak for eight to twenty four hours.

3. Turn the dough out onto a lightly floured (unbleached white flour) surface and kneed for about five minutes. Cover the dough ball and let it set for twenty minutes.

4. After twenty minutes gently pull of small ball of dough and roll in your hand until round. You should have between twelve and fifteen balls of dough. Cover and let the dough balls rest for ten minutes.

5. Take a little unbleached white flour and place it in a pile on the counter. Pick up your first ball of dough and lightly press it into the flour just to lightly cover both sides and flatten the tortilla ball. Roll the rolling pin once forwards and then back towards yourself. Then turn the dough over and rotate 45 degrees. Continue to do this until you have a round (or nearly round) tortilla

6. Cook the tortillas on a hot grill or skillet for a few seconds on both sides until light brown spots appear. Don’t let them get too brown or they will end up being hard when they cool off. Place each tortilla hot off the grill in a few tea towels to keep them warm.