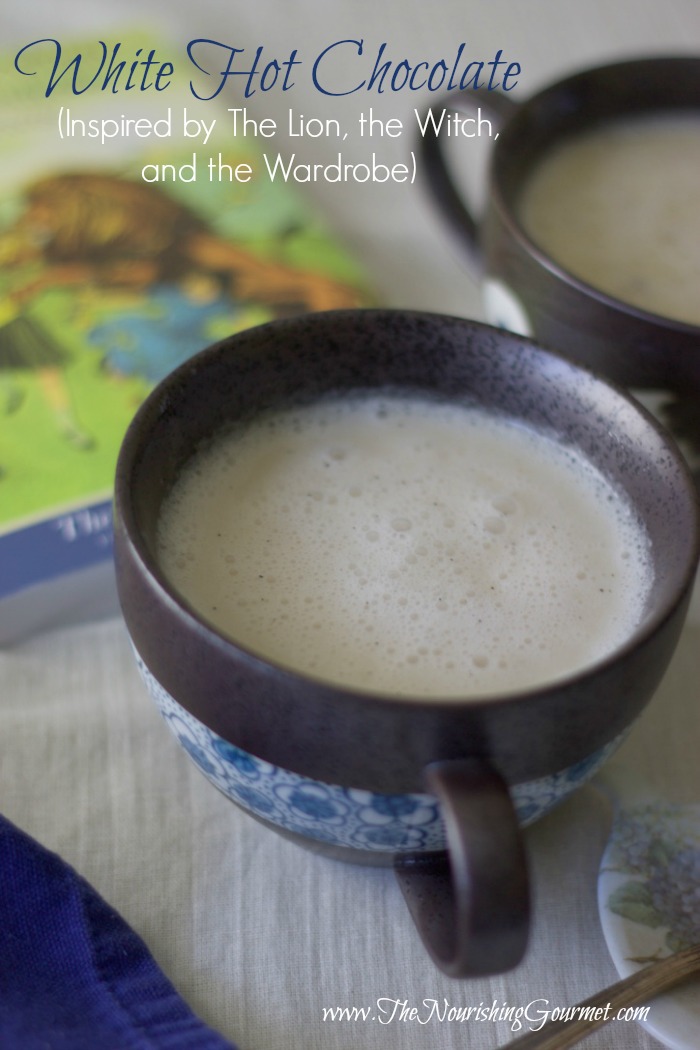 Rich and creamy, this dairy-free white hot chocolate transports you to the land of Narnia.

As winter melts into spring I can’t help but to think of the magical land of Narnia as it was right before Aslan returned, in The Lion, the Witch and the Wardrobe. It was a cold and bleak place, with no hope for the future, a world of never ending winter.

Edmund followed his sister Lucy through the wardrobe, unable to find her, he found himself alone and cold in the snowy woods.

To his surprise a “Queen” better known as the White Witch pulled up beside him in her sleigh. Once she realized he was a “son of Adam” she changed from harsh creature to a flattering and almost nurturing type. Despite Edmund’s trepidations he was beguiled but the promise of warmth, a hot drink, Turkish delight, and ultimately a kingdom.

Edmund felt much better as he began to sip the hot drink. It was something he has never tasted before, very sweet and foamy and creamy, and it warmed him right down to his toes

~C.S. Lewis, The Lion, the Witch, and the Wardrobe 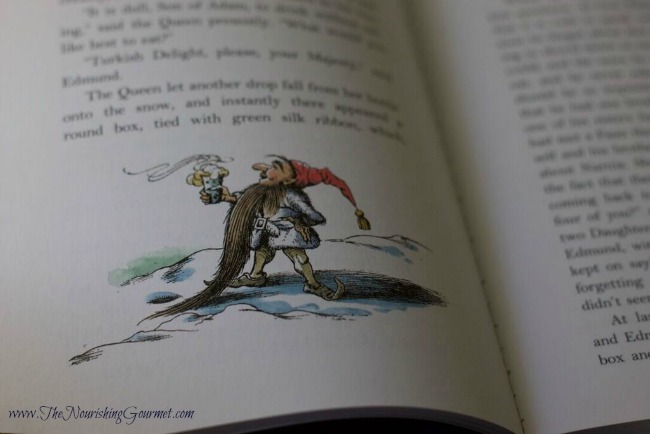 I always wished that I could be Edmond just for a few minutes so I could savor the delicious, hot drink and Turkish Delight too!  It left me wondering what that very sweet and foamy and creamy could possibly be.

It couldn’t be classic hot cocoa since that was already popular in England. It occurred to me that it very well could be a white hot chocolate, which is oh so creamy, and not commonly drank at that time.

Join me at The Nourishing Gourmet for the recipe.

White Hot Chocolate (Inspired by The Lion, the Witch and the Wardrobe)