Easy, fluffy sourdough pumpkin cinnamon rolls… topped with a vanilla icing and a swirl of cinnamon. These tasty rolls will make an ordinary day feel like a holiday. Made with freshly milled or unbleached flour and filled with just a bit of sugar and pumpkin pie spice these rolls taste decadent without feeling like you have over indulged. That’s my kind of roll. 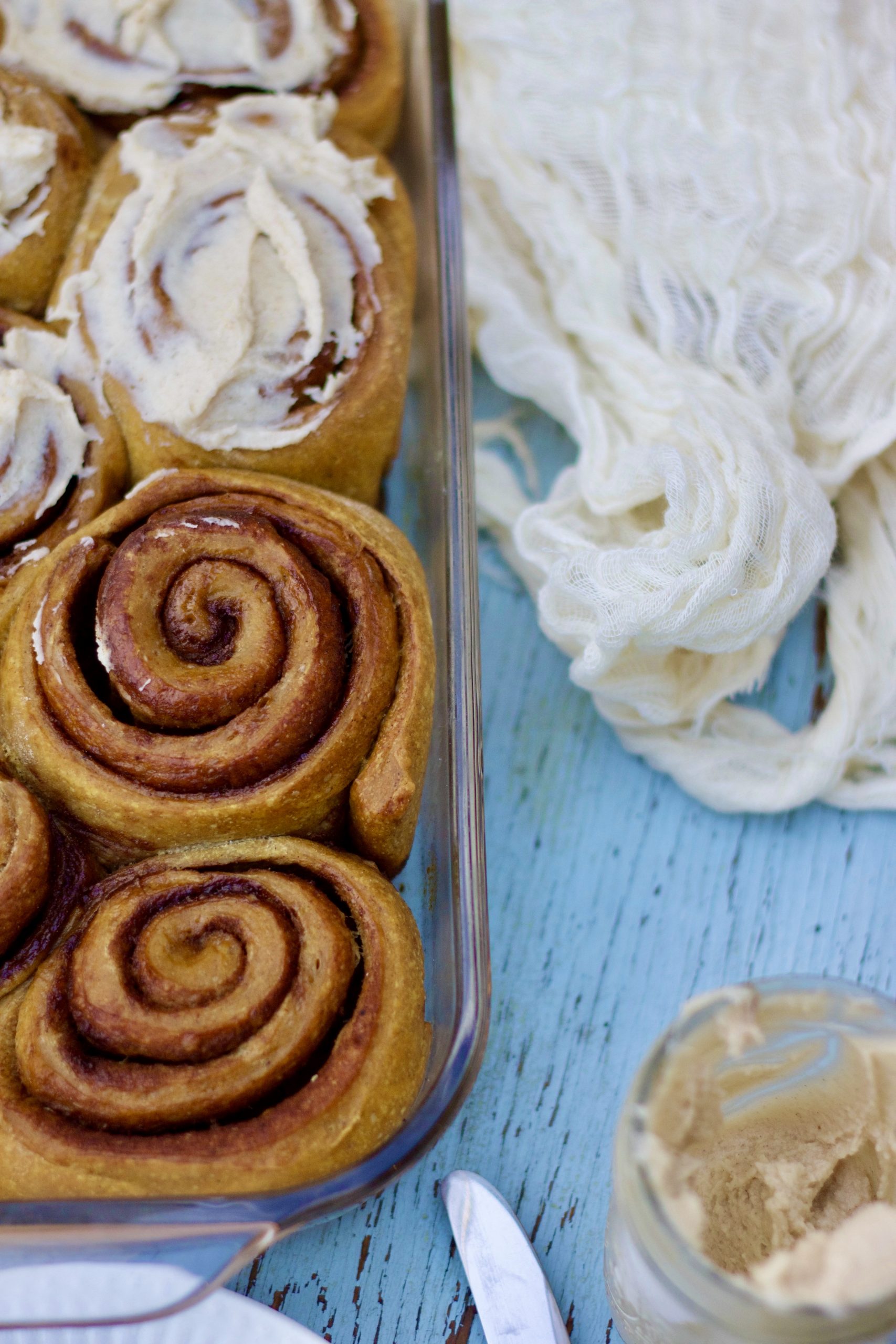 I love those special memories, but sometimes a gal needs cinnamon rolls in her life more often than once a year. Several years ago I feel in love with sourdough baking but it was only in recent years that I have almost stopped making bread from dry yeast and converted many of my recipes to sourdough. The beauty of sourdough it that it transforms gluten baked treats that can be irritating to some stomaches into an easily digestible bread that most people can enjoy.

Sourdough Pumpkin Cinnamon Rolls: Fluffy, delicious, and not too sweet

From scratch cinnamon rolls seem like they should be daunting, but they really aren’t. The hardest part is waiting, sourdough rising much slower than yeasted bread that we are accustomed to. The end results are worth it for taste, texture, and nutrition.

These pumpkin rolls are can be made with homemade pumpkin puree or canned puree. I personally use my own pumpkin pie spice blend but your favorite blend from the store will do just fine. They are delightful on their own right out of the oven or slathered with homemade vanilla spice frosting. I don’t know about you but I am always forgetting to buy powdered sugar, if you are like me you can whip up a batch in your blender! You will also note the use of Ceylon cinnamon in this recipe, it is has a lighter and sweeter flavor, it’s easy to swap it with the cinnamon you find at the store. 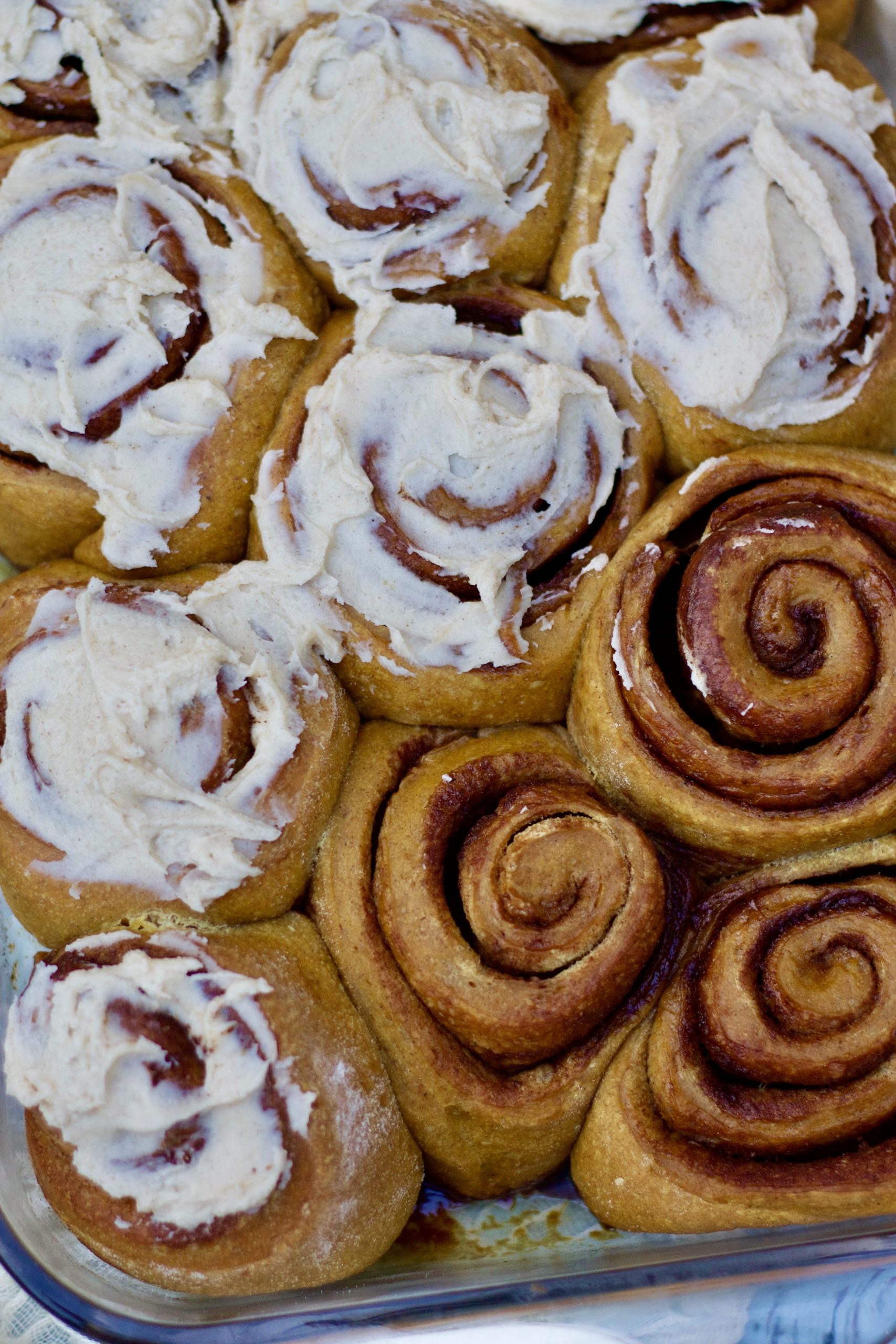 How to make the best sourdough cinnamon rolls

Do I have to use freshly ground flour?

No, you don’t have to use freshly ground flour, but if you are going to be baking with whole grains very often, I 100% recommend invested in a grain mill. If you are able to it’s worth the cost. Some are just about $250.

Freshly ground wheat flour is amazing. It is light, though not as light as white flour. It has a slightly sweet and nutty taste. Once you’ve started milling your own flour it’s hard to go back.

What can I use instead of sucanat?

Sucanat (SUgarCANeNATural) is dehydrated cane juice that hasn’t had its molasses removed. It is similar in taste to brown sugar. Feel free to swap it for coconut sugar, unrefined sugar, or whatever other sugar you have on hand. For that brown sugar taste add a teaspoon of molasses to unrefined sugar for a DIY “brown sugar”.

Can I freeze these sourdough cinnamon rolls?

Yes. You can freeze these cinnamon rolls baked or unbaked. I suggest freezing them once you have assembled the rolls before the last rise. Cover them with parchement paper and then a couple layers of plastic warp. When you are ready to bake them simply pull them out of the freezer and allow them to rise as they defrost. Then bake as you normally would.

What should I bake them in?

I generally bake this is a glass baking dish lined with parchment paper. You can also bake these in a 15-inch cast iron skillet or a spring form pan.

Can these pumpkins cinnamon rolls overproof?

Yes, these cinnamon rolls can rise too long or overproof. That will result in the dough falling a bit as it bakes, making for denser rolls. Even if they rise a bit too long, they’ll still be tasty.

Do I need to use Ceylon Cinnamon?

Ceylon cinnamon is considered the “true” cinnamon. It has a light and more delicate flavor. It makes you think of a cinnamon red hot candy. You can easily swap it for Cassia cinnamon which is what you typically find in the store. 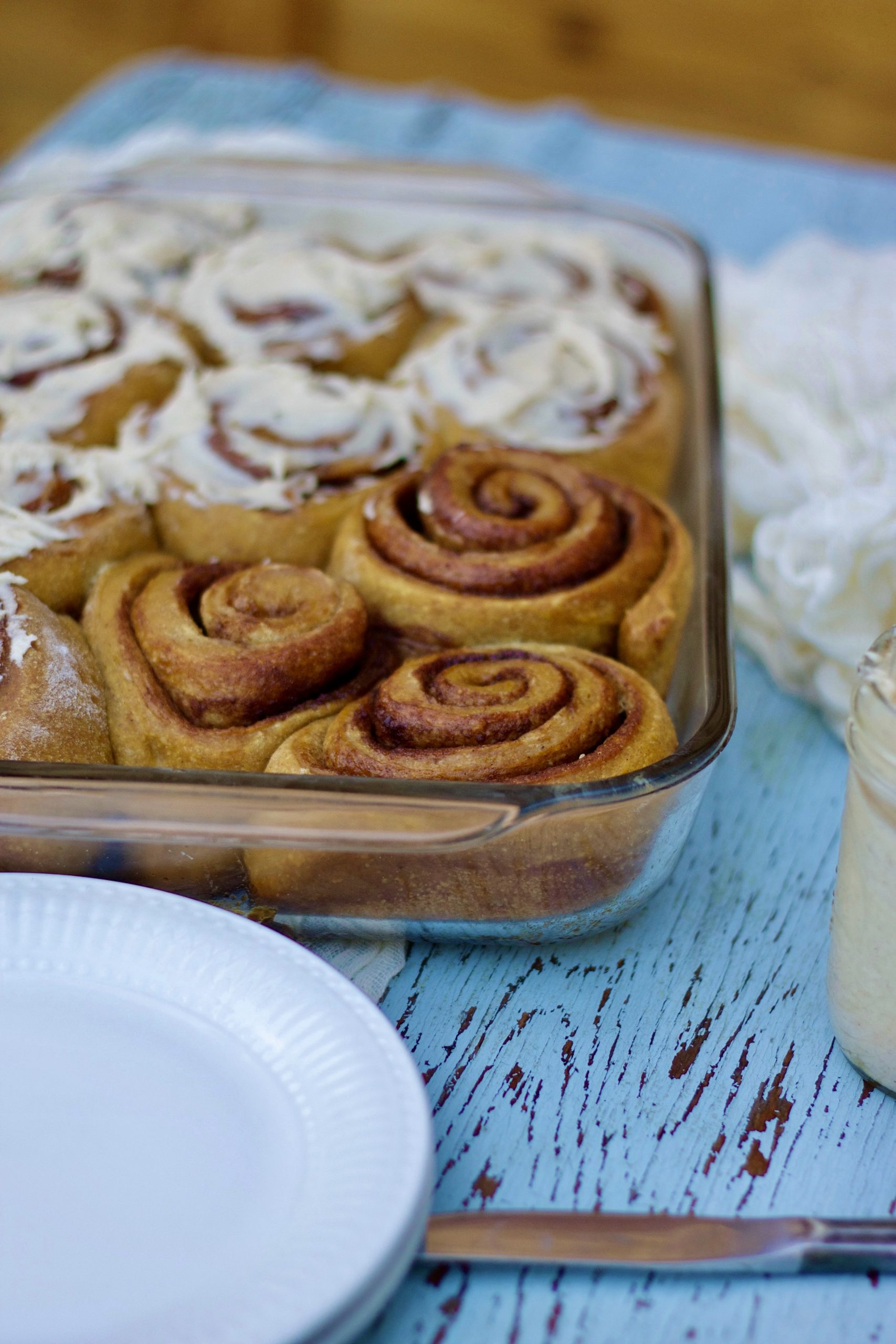 From scratch cinnamon rolls seem like they should be daunting, but they really aren’t. The hardest part is the rising time, sourdough rises much slower than yeasted bread that we are accustomed to.

What are you waiting for? These sourdough pumpkin cinnamon rolls are waiting to make your weekend a reason to celebrate. Enjoy one hot and good from the oven which your hands wrapped a around a pumpkin spice latte or a creamy pumpkin spice hot cocoa. ‘Cause you can never have too much pumpkin right? 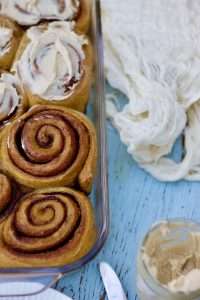 Easy, fluffy sourdough pumpkin cinnamon rolls... topped with a vanilla icing and a swirl of cinnamon. These tasty rolls will make an ordinary day feel like a holiday. 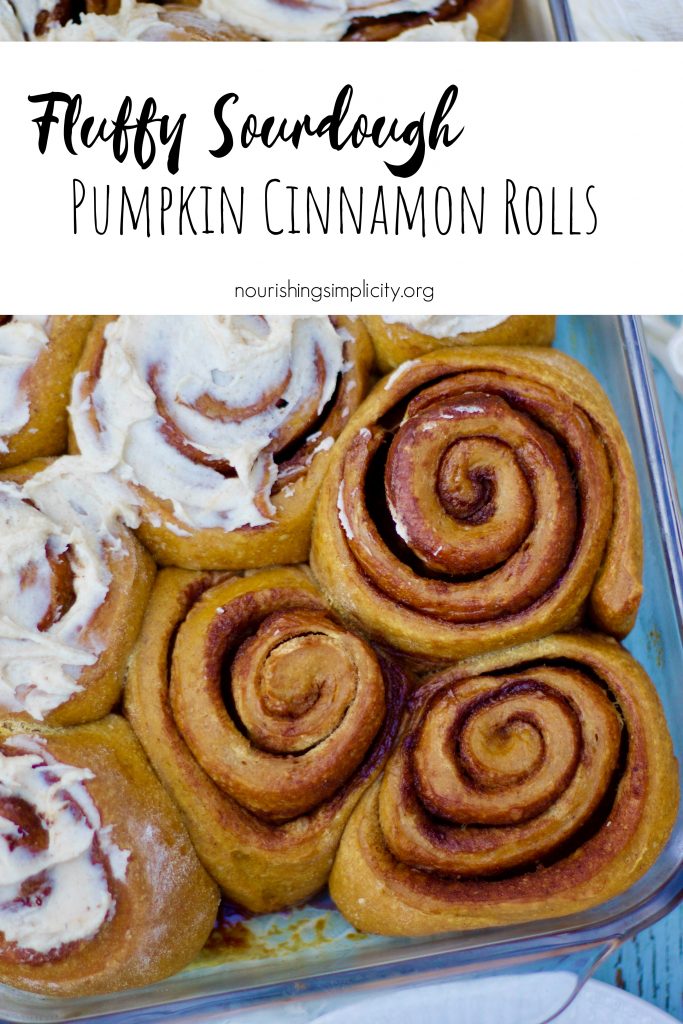