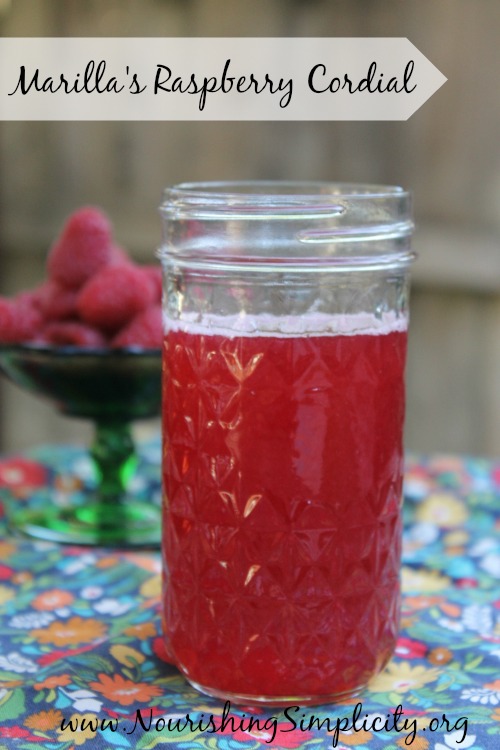 “…there’s a half full bottle of raspberry cordial that was left over from the church social the other night. It’s on the second shelf of the sitting-room closet and you and Diana can have it if you like, and cookie to eat with it along with it in the afternoon.”

“Diana poured herself out a tumblerful, looked at its bright-red hue admiringly, and then sipped it daintily. ‘That’s awfully nice raspberry cordial, Anne,’ she said ‘I didn’t know raspberry cordial was so nice.’ “

What girl who is a fan of Anne (with an “e”) hasn’t dreamed of raspberry cordial (and not current wine) at some point? Since I wasn’t a red-head I used to pretend that Anne was my big sister growing up! Come to think of it though I could have been her window friend, I am Katie after all. Sometimes I think my imagination was more active than her’s which is saying something! Yes, I did have a window friend.

Anne Shirley found a dear place in a corner of my heart years ago and I doubt she will ever leave. My mom read to us almost every night growing up, Anne was one of the series we enjoyed. I was a huge fan of the movies as well even if they didn’t follow the books very well. Just not the third one thankyouverymuch, sadly there are some things that just can’t be unseen… If we agree on this we might just be kindred spirits!

To say I have a bit of an obsession with all things Anne might be putting it mildly. Birthdays were filled with “Anne” gifts in the form of t-shirts, flower presses, handkerchiefs and even a Anne doll. For those of you wondering, no I don’t wear the Anne shirt anymore. My dream home is “Green Gables” (with plumbing added) with the orchard, garden and cattle to go with it. Someday I WILL go to P.E.I  (Prince Edward Island for those of you that don’t know). I even have the soundtrack for the movie, which *might* be playing as I write this. 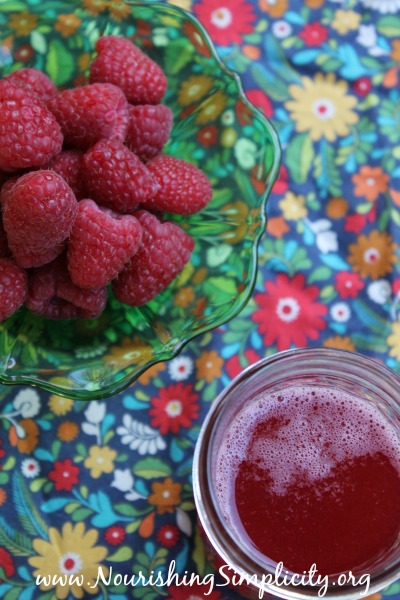 Raspberry cordial has always been an alluring drink. That sparking red elixir that tragically happened to be currant wine… It really should have been included in my tea cookbook, somehow it evaded me though and it missed being added. Happy for you all though that I means I get to share it with you today!

As I scoured the internet comparing various recipes it occurred to me that the real raspberry cordial must have been lightly fermented when it was made years ago, otherwise a half full bottle couldn’t have stayed fresh on a shelf, even if it was in a dark and somewhat cool place. Sure enough some recipes I found were fermented. I thought of experimenting with it myself but instead I opted for a quick and simple cordial that can be ready the same day. At some point in the future I do hope to make a lacto-fermented raspberry cordial but until then I am quite happy with this sparkling gem.

This recipe for Marilla’s raspberry cordial is a concentrate. It can be mixed with 1 part cordial to 1 part water or for a fun twist mix it with mineral water for a bubbley twist! 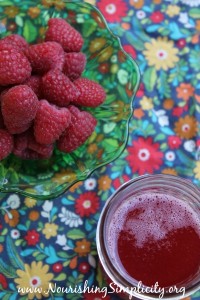 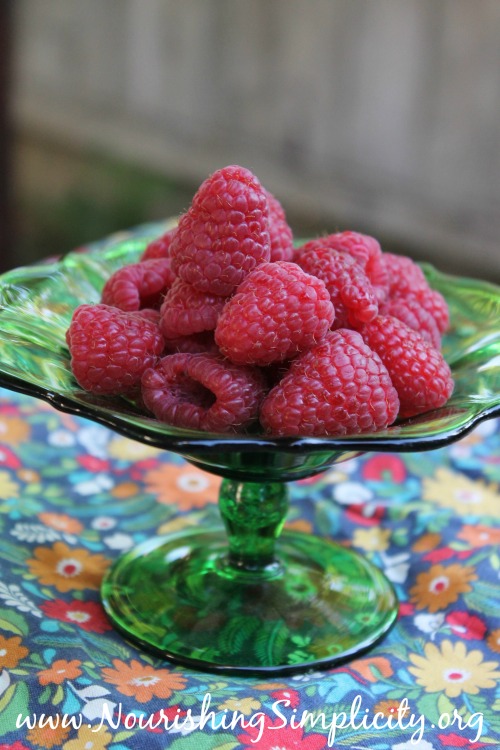 This post is part of Homestead Barn Hop, Hearth and Soul,