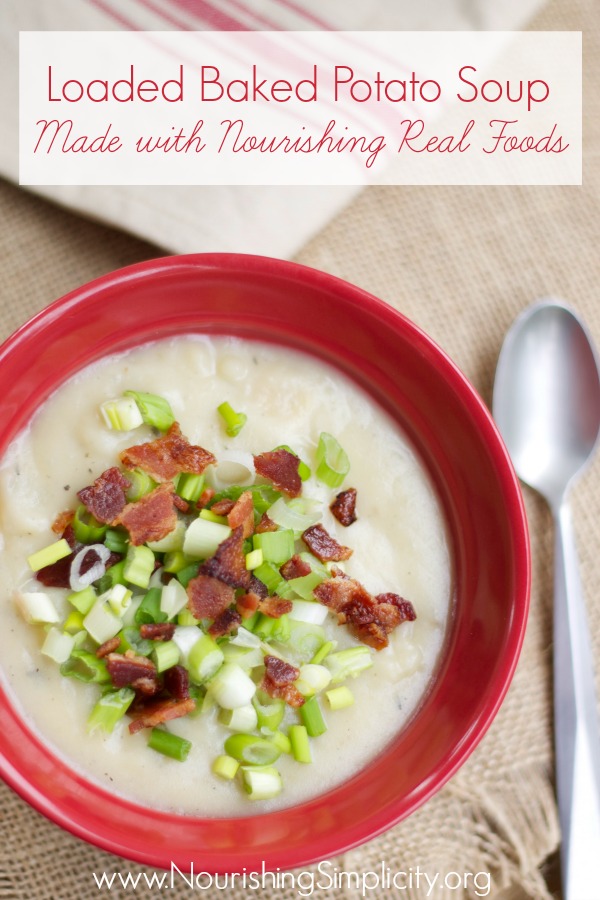 Any time I have this soup I’m brought back to memories of my family eating at Tony Roma’s. It was THE place we went for my little sis’s birthday and whenever my grandpa came to visit. It was not an occasion to eat light. We loaded up on things like ribs, chicken strips, fries, onion loaf, and of course baked potato soup.

The onion loaf and soup were what made the night. I’m still tinkering with a real food version of their onion loaf, it’s not ready yet. Instead, I delved into searching the web for every knock off of baked potato soup known to man. I was flabbergasted on how many recipes called for instant potatoes and cups of heavy cream. I love cream but I can only have so much at once and instant potatoes, well I won’t even go there. 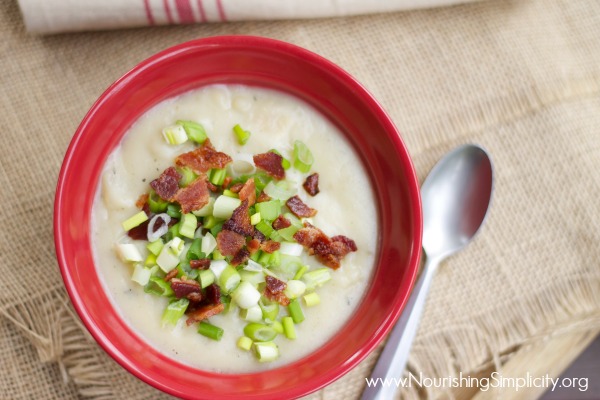 I found some good ones along the way and finally combined them with some ideas I already had running through my head. While this might not be 100% the same as the family favourite we had at Tony Roma’s it is still very good. It’s been almost 10 years since I had a bowl on my last trip there, where the waiters handed my 20-year-old self a kid’s menu, nothing like boosting your self-confidence…

What I love about this soup is that it shows that you can create nourishing real food dishes that don’t sacrifice a bit of flavor. When you start with homemade broth, sauteed onions, and bacon it’s hard to go wrong.

Just looking at the photos makes me want to whip up another batch. It is rich and filling without being too rich. It’s the perfect soup for a chilly night on these first few nights of spring or anytime if you are a soupaholic like me. 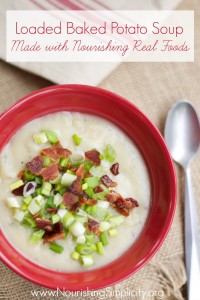 Have you ever eaten at Tony Romas? What is/was your favourite dish there?