The natural living world has been outraged like none other the past few days. You see my friend Jacquelyn Byers of LittleOwlCrunchyMomma was publicly humiliated by a woman I once admired. It all started with a simple article on why she stopped washing her hair with shampoo. It went almost unnoticed for 2 years until The Huffington Post picked it up and interview Jacquelyn along with four other woman who had gone “no ‘poo” as it’s called. It was a great segment but then The Today Show contacted her wanting to feature her story, cool right? So one would think…. 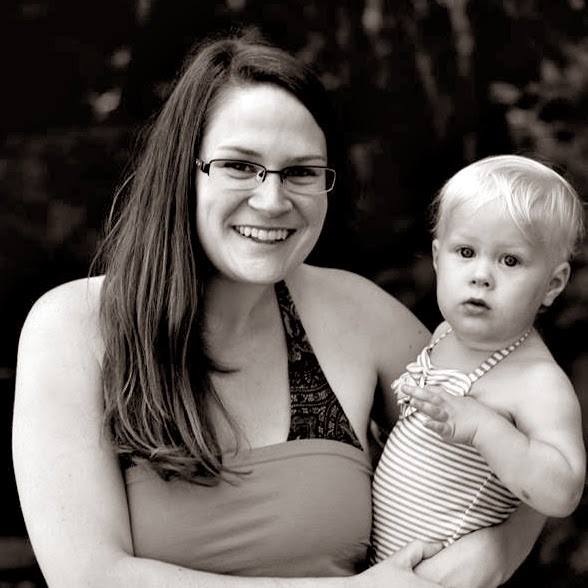 Sadly there was nothing cool about this crunchy momma’s 6 minutes of lime light. Kathie Lee and Hoda ripped this poor woman to shreds why because she didn’t follow a cultural norm. These two women that she was a bad wife and mother because of the choices she made and that her own daughter must be grossed out by her momma. REALLY? Seriously, because a woman decides to care for her body and her family in a natural way this makes it okay to shame her?

Why go shampoo free? There are  lots of reasons and lots of different ways to go about it. commercial shampoos contain toxic chemicals that can lead to many health issues including cancer. So reducing your toxin load makes you a BAD person? If you don’t use commercial shampoo so obviously you don’t wash your body at all right? SERIOUSLY people? Living a toxic free life may not be the most popular choice out there but Jacquelyn is not they only one out there. I personally haven’t completely switched to over to “no ‘poo” because I haven’t had to guts to go through the detox period that can last for several months. You see when our bodies go through life constantly using products laden with chemical our bodies get use to it, our pores become clogged. Anytime you switch to a natural option of hygienic care your body slowly sheds those toxins that have built up in your body over the years. For the past five years I have been making my own deodorant and toothpaste, I even made my own shampoo for a while. Does that make me a grimy, stinky person? No, it does not.

The greatest issue here isn’t whether a woman has the right to not use shampoo or not it’s about bullying. Yes, you heard me right bullying. Kathie Lee and Hoda embarrassed themselves on the TODAY show. They showed that they are not mature enough to show love to a woman who does things different than them. We wonder why bullying is such a problem with kids, first we need to look at ourselves. If adults can’t be mature enough to show  kindness and love them how are we eve to expect our kids to do the same. Our kids learn from us the ADULTS. Kathie Lee and Hoda showed that the are no better than a couple of junior high girls. Modern Alternative Mama and Natural Living Mamma shared some great insights on the effects of adults bullying.

If you are wanting to go “no ‘poo” here are some links and thoughts on the subject:

Yesterday several bloggers had a guest post that featured Crunchy Betty’s “Dear Kathie Lee and Hoda (but Mostly Kathie Lee)”, you might want to check that out.

Mean while I would like leave you with my own letter to Kathie Lee.

I grew up holding you in the highest regard. I was one of “those homeschool kids” who actually got to take a break from my math lesson a couple of days a week to watch Live! with Regis and Kathie Lee. My mom always talked about what a wonderful woman you were and how much she admired you for standing up for what was right. We never watched any talk show but Live. When you left the show, well, we pretty much stopped watching. Even until recently I found myself mentioning what a quality woman you were. I would share what a godly, kind Christian woman you were. That all ended two days ago.

I still am trying to ask myself how could the woman I remember and admired treat another sister in Christ that way? Jacquelyn is a friend of mine. When you attack her, you attack me, what is more you attack Christ. Where is the love and compassion you are supposed to be showing? Honestly I don’t even know who Hoda is but I thought “knew” who you were as well as a fan can know someone they’ve never met.

Okay, so Jacquelyn doesn’t use shampoo, what’s the big deal? She washes her body,  she has good hygiene and she doesn’t smell like a swamp! I have many other friends who have made similar choices in life. They do not smell a bit. Different does not mean wrong, it doesn’t mean unclean.

You publicly humiliated a woman on national television without even giving her a chance to defend herself! Today got Jacquelyn’s permission to air her story under false pretenses. I read the email that was sent her. Huffington Post got it right but you my dear got it wrong. Yes when we in the “crunchy community” do something that is alternative we should expect some flack but to not even go into why she does what she does except to say “oh, she doesn’t want chemicals in her body” is so wrong.

Jacquelyn loves her daughter “Little Owl” just as much and you love Cody and Cassidy. You crushed that mama’s heart! How unloving can you be to infer that her baby finds her own mother gross?! You wouldn’t allow it! The mama bear in you would come out! Not only has the mama bear come out in Jacquelyn but it has come out in countless other mamas crunchy and not crunchy alike.

Instead of teaching the love of Christ you have taught kids that it is okay to be a bully. Children learn from adults. If we can’t be mature enough to stand up for those that are different from us then they will never learn. The endless cycle of bullying will continue because of people like you. I can only hope that this was a one time slip up  but from what other people have told me it seems that this is the “new you”. I don’t know, I doubt I will stay around Today to find out.

I want to leave you with a quote from you that I hope you will take to heart.

“I felt that I heard God say to me, and not audibly — it wasn’t a weird thing. It was a magnificently sweet and simple thing. ‘I love you, Kathie, and if you’ll trust me with your life, I will make something beautiful out of it.”’

Prove to the world that you have made something beautiful out of your life. Search your heart, extend grace to another sister in Christ. Have the humbleness to admit that you were wrong and ask Jacquelyn Byers for your forgiveness and make it public. No it won’t be easy but it’s what the body of Christ does. If Jesus is Lord of your life then love others.